If it wasn’t for Pinterest and some gossip magazines at the grocery checkout aisle. I wouldn’t have known of the extreme popularity of what is Ketogenic Diet. So, thanks to the internet, I now know this. And you can thank me later, but you now know this. From the top, ketosis is a normal metabolic process, something your body does to keep working. When it doesn’t have enough carbohydrates from food for your cells to burn for energy, it burns fat instead. For someone like myself – this sounds amazing. After having our Daughter 9 months ago, I have packed on a ton of pounds. I am patient with myself because it took some time to get there, so I do not expect to revert back in a manner of weeks. But I am excited to try out this new plan. Hopefully, I can lose the weight I gained.

ketogenic diet is a high-fat, adequate-protein, low-carbohydrate diet that in medicine is used primarily to treat difficult-to-control epilepsy in children. The diet forces the body to burn fats rather than carbohydrates. Ketosis is a normal metabolic process, something your body does to keep working. When it doesn’t have enough carbohydrates from food for your cells to burn for energy, it burns fat instead.

I’ve found a bunch of tasty keto-recipes that I am excited to give a try at heyketomama, and I share some of her extensive recipes library below. I hope you gather inspiration for your low carb keto journey. I know I have!

WANT NEW FAT-BURNING RECIPES? EXCLUSIVE CONTENT AND MORE? GET ON BOARD& BE THE FIRST TO KNOW

Sriracha is a girls bestfriend!
via heyketomama

Not sure if you know this, but bread was discovered by mistake. Like all great things 😉 This one has stood the test of time.
via ketoconnect.net 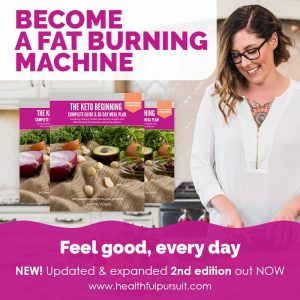 I don’t know about you. But, fried chicken is life! Fried anything is life. Give me MORE! Get the traditional taste of fried Chicken without the heavy carbs of flour.
via heyketomama

Can you say? Low-Carb, Steak and Tacos all in one sentence!? Woah. Mind blown by this simple keto recipe.
via heyketomama

The Keto Diet: The Complete Guide to a High-Fat Diet, with More Than 125 Delectable Recipes and 5 Meal Plans to Shed Weight, Heal Your Body, and Regain Confidence

Raise your hand if you would have this as a go-to snack! Yea, me too. Yummy low carb Bacon and BBQ!
via heyketomama

Easy, and flavorful + low carb. Trying this tonight!
via heyketomama

Lose weight while eating dessert! I’m SOLD. Who’s with me?
via heyketomama

LET’S TAKE ALL THE GUESSWORK OUT OF YOUR DIET. 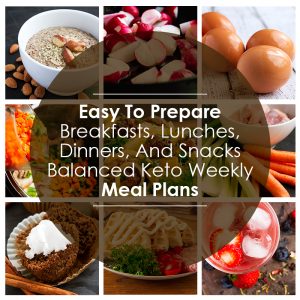 WANT NEW FAT-BURNING RECIPES? EXCLUSIVE CONTENT AND MORE? GET ON BOARD& BE THE FIRST TO KNOW

Belle, founder of True and Pretty, a blog about living life intentionally and lifestyle. She helps motivate, and inspire others to become the best versions of themselves. When she's not writing, Belle enjoys afternoon naps, lots of bread, and the sun. Click here to learn how to start your own blog!

Have You Heard? Keto Meals Is Your Best...

True and Pretty is a participant in the Amazon Services LLC Associates Program, an affiliate advertising program designed to provide a means for sites to earn advertising fees by advertising and linking to Amazon.com. Please see my full disclosure policy.

Get new posts about LifeHacks, DIY tips, Recipes and more by email

This website uses cookies to improve your experience. We'll assume you're ok with this, but you can opt-out if you wish. Accept Read More